Returning to Ireland and Irish Tax Residency - What you need to know!

Do not take chances with your tax residency

Over the last year, there have been 1000's of ex-pats returning to Ireland as part of the general trend of Irish emigrants returning home. This has been increased by the effects of COVID. There has been a particular increase of ex-pats moving back to Ireland from the UK. Working from home introduces a number of employment tax and immigration issues, particularly if your employees are working from home in a country that is different to the usual country where they work.

In many cases, the person returning back to Ireland will be still employed by a foreign employer.

We are dealing with a lot of these situations currently and one of the first questions is always:

Do I have to pay tax in Ireland on money earned abroad?

As with most tax questions, the answer is – it depends. 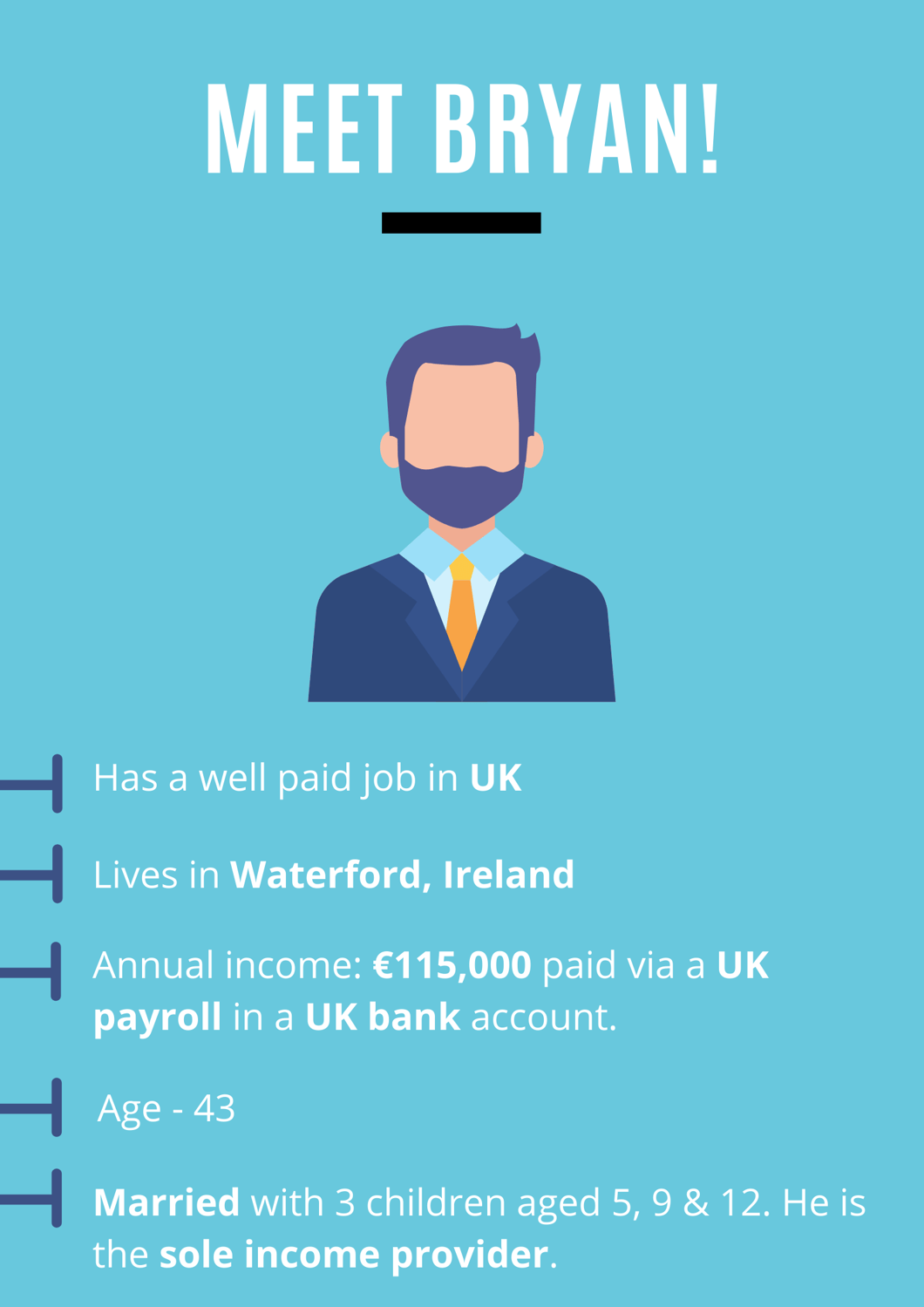 Bryan and his wife moved to London in 2003 and lived and worked there until 2010. At that point, they moved home to Ireland and bought a house in Waterford. Bryan is still working with his UK company. Since 2010 Bryan has spent more than 50% of his time in the UK. He is on a UK payroll and is a tax resident in the UK.

Like most businesses, Bryan’s company has a work from home policy, so there is no point in travelling back to London because the office is empty.

Bryan has a PPS number but is not paying income tax in Ireland. He has been stuck in Ireland since March 2020.

We have a quick check-list to help you determine your Tax Residency status in Ireland:

What is Tax Residency? How is it measured?

An individual’s tax residence position may be impacted as a result of changes in work locations during the crisis which could result in unforeseen Irish or foreign payroll obligations.

An individual is treated as being resident in Ireland if, in the tax year from 1 January to 31 December, an individual:

It would seem that Bryan is now a tax resident in Ireland.

Bryan is also in the tax system because he:

However, he is not paying income tax here.

There are some steps the employers (like Bryan's UK employer) have to take to mitigate any potential tax or social security exposures for the employees or business. Read it here.

Could you be facing a large tax bill from Revenue?

Take a look a the video below to get a better understanding of what your tax residency status is:

How does 'Force Majeure' impact this?

So the question arises, what is force majeure?

“Where a departure from the State is prevented due to Covid-19, Revenue will consider this ‘force majeure’ for the purpose of establishing an individual’s tax residence position,” it stated.

The issue for Bryan is that he has been able to travel to the UK for a number of months now. We have seen situations where tax rules are being applied as per the letter of law – where people like Bryan had the option to travel and by staying in Ireland, he voluntarily made himself tax resident in Ireland.

To understand in detail force majeure circumstances and how will it affect your Tax Residency during COVID19, click here. This will help you understand:

In normal circumstances, this would be taxable in Ireland as duties being carried out in Ireland. Under Covid-19 the position is unclear. Revenue guidance does not specifically address this scenario. This may or may not be covered by the force majeure provision.

In some cases, individuals commuting to jobs outside of Ireland may be able to claim Trans-border Workers Relief in respect of their employment income. These individuals would be considered Trans-Border Workers.

This relief generally means that these individuals do not pay any income tax in Ireland and will only pay tax in the country they work in.

To qualify for this relief:

There is no guidance from Revenue on how they are treating workers who have previously claimed Trans-Border relief but are currently working from home in Ireland - and unable to travel cross-border. These individuals could easily be in a more precarious situation with Revenue because having previously applied for this relief.

There is no statutory definition of domicile in Ireland. According to the Revenue Commissioners in Ireland, Domicile “broadly means living in a country with the intention of living there permanently.” Your Domicile can only change if you clearly state and demonstrate that you are going to permanently live in another country and cut ties with your original Domicile.

Read our blog on Domicile in Ireland for more detail on this subject.

International travel restrictions caused by the pandemic have left many don-domiciled tax residents in the difficult situation of not being able to return to the country where they are tax residents. In response to this situation, the Revenue Commissioners have introduced an easing of measures regarding tax residency to accommodate for these unforeseen circumstances.

For individuals who are unsure about not meeting their obligations Revenue has provided the following guidance;

The keyword here is prevented, which technically has not been the case in most situations. Travel in and out of Ireland has not been prohibited.

For more detail on this, check out our blog here.

Ireland has Double Taxation Agreements (DTAs) with 73 countries. DTAs are agreements between 2 countries that cover the avoidance of double taxation. In Bryan's case, he is covered by the DTA between the UK and Ireland. These are complex tax documents but they do deal with residency in some detail.

DTAs supersede any domestic tax law. This principle has been repeatedly followed and reinforced by the courts. If there is a conflict between domestic law and the DTA, the DTA will prevail.

Article 4 of the UK & Ireland DTA deals with Fiscal Domicile. If there is some uncertainty where the individual is a tax resident then it looks at:

The above factors are only relevant because Bryan is spending more than 183 days a year in Ireland. The DTA also deals with the 183 days rule. If you spend over 183 days in either country – then you are more than likely a tax resident there.

The residency rules in the UK & Ireland DTA are very similar for each country Ireland has a DTA with.

If you are returning to work in Ireland and staying with your company, you might be able to avail of SARP.

SARP was developed to promote the relocation of valuable and key talent within organizations to work in Ireland. Special Assignee Relief Programme (SARP) offers tax relief for up to five consecutive tax years from the individual’s first year of claim.

There are a number of qualifying conditions. Individuals claiming the SARP relief must:

You can see more detail here about SARP.

What can Revenue do?

As Bryan was a Tax resident in Ireland for 2020, he should have paid income tax here. He is liable for the full income tax, PRSI and USC owed.

His company is liable for its part of the PRSI.

In addition to pursuing Bryan for the unpaid tax, Revenue can also pursue Bryans's employer for the unpaid PRSI, even if they are in a different country.

This is a serious problem for Bryan and 1000's other people like him currently in Ireland.

How can we help fix the problem?

Like most companies, Bryan’s employer has announced that every employee can/should work from home for the foreseeable future. This policy is going to last well into 2021.

Bryan has a number of options:

Nathan Trust can provide all of the solutions outlined above.

Worried about your tax residency? Get in touch with us.

Can a UK company employ me officially in Ireland?

What is Force majeure'? How it will affect your Tax?

What is Ordinary residence?

What is Transborder relief?

Revenue has advised that they will not seek to enforce Irish payroll obligations for foreign employers in genuine cases where an employee was working abroad for a foreign entity prior to COVID-19 but relocates temporarily to Ireland during the COVID-19 period and performs duties for his or her foreign employer while in Ireland.

Transborder Relief is important tax relief for Irish individuals who commute daily or weekly to employments typically in Northern Ireland/UK or mainland Europe. Irish residents and domiciled individuals are liable to Irish tax on worldwide income however where Transborder Relief applies no Irish tax will be due and the individual will only pay tax in the country in which they are working on the income from that employment.

Can a UK company employ me officially in Ireland?

Yes, a UK company can employ you officially in Ireland provided:

1. The UK employer registers as an employer in Ireland and employs you through an Irish payroll

2. You can set up your own Irish company and then invoice your employer in the UK for the services provided. You can pay yourself through dividends or salary from your own company. The only limitation is salary > €120,000 a year

3. Your UK employer can opt to use Employer of Record in Ireland. This Irish employer will pay you salaries and take care of all tax obligations.

What is Force majeure'? How it will affect your Tax?

Revenue guidance provides for “force majeure” circumstances where an individual is prevented from leaving Ireland on his or her intended day of departure because of extraordinary natural occurrences (e.g. severe adverse weather conditions), or an exceptional third party failure or action (e.g. the breakdown of an aircraft). Under these rules, the individual will not be regarded as being present in Ireland for tax residence purposes for the day after the intended day of departure provided the individual is unavoidably present in Ireland on that day due only to 'force Majeure' circumstances.
Revenue has confirmed that they will consider “force majeure” circumstances for the purpose of establishing a tax residence position for individuals who are not able to return to their country of residence as planned. It is likely that Revenue will consider each individual on a case-by-case basis.

What is Ordinary residence?

What is Transborder relief?

Transborder Relief is important tax relief for Irish individuals who commute daily or weekly to employments typically in Northern Ireland/UK or mainland Europe. Irish residents and domiciled individuals are liable to Irish tax on worldwide income however where Transborder Relief applies no Irish tax will be due and the individual will only pay tax in the country in which they are working on the income from that employment.

One of the conditions for the relief is that an individual can only have incidental Irish workdays in a tax year (i.e. up to 30 workdays).

Didn't find what you were looking for?

Get in touch with us! 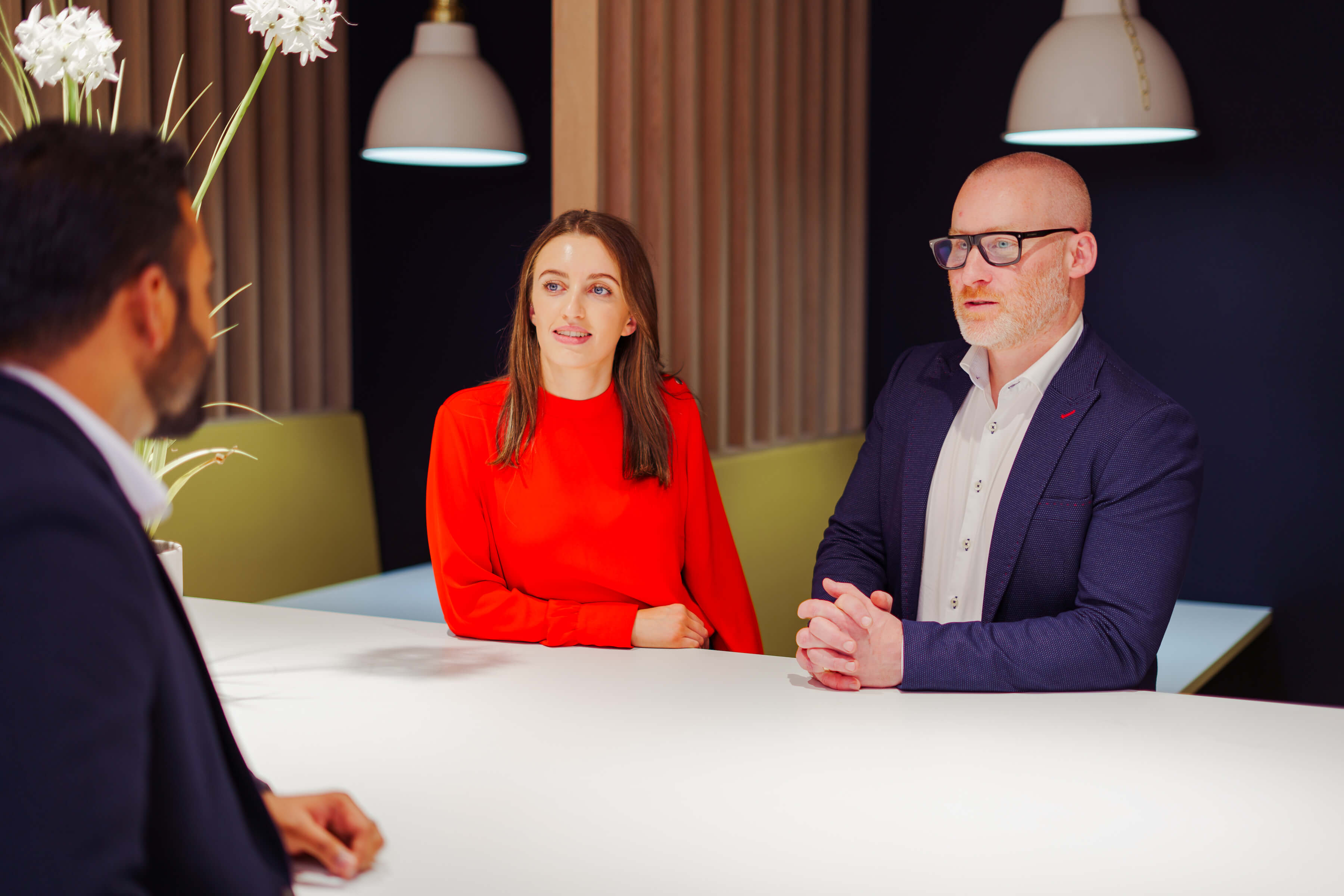